The Long Dash is a collaborative climate change resiliency dance challenge. The Long Dash challenges four players to carry linked paddles representing city neighborhoods from now until the year 2100. The game focuses on the impact of sea level rise and the potential of positive cumulative actions of the three generations between now and 2100. 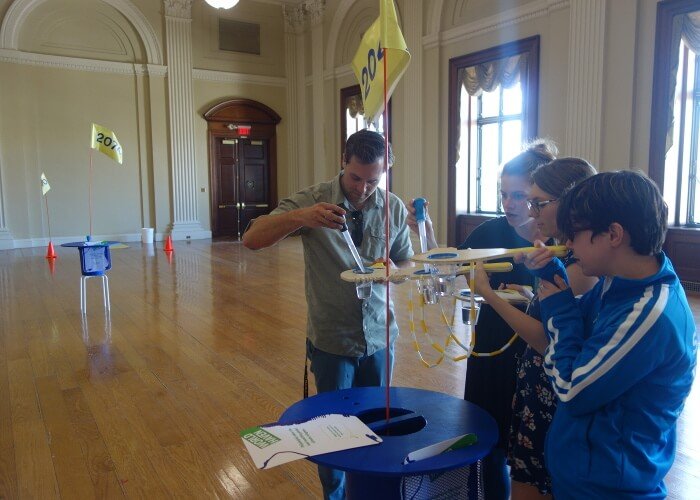 The Long Dash was created for the Philadelphia Science Festival to explore the city’s relationship to climate change and sea level rise. The game makes Neighborhood Keepers of four players.
Each player carries a Philadelphia neighborhood with a cup sunk into its surface. This cup represents the Delaware River. The neighborhoods are joined together by short links. 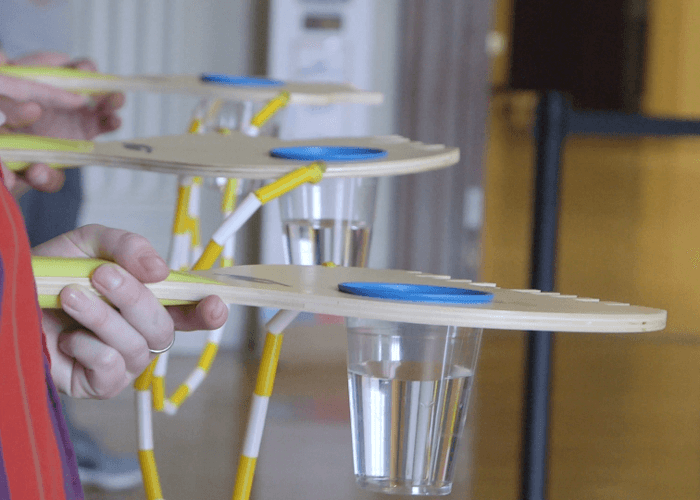 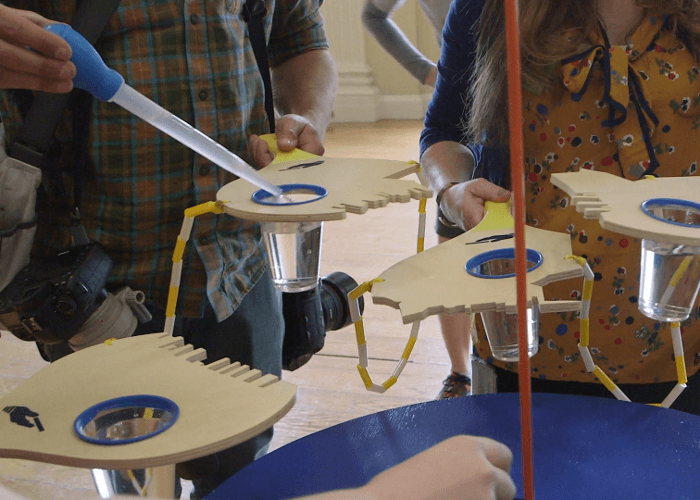 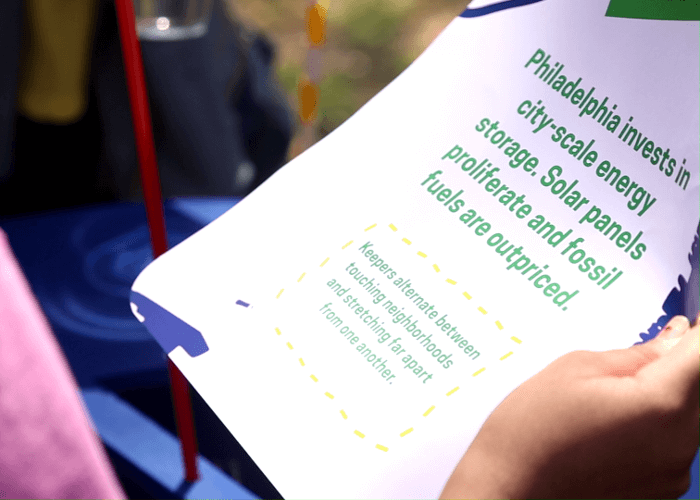 As the dance moves pile up players collectively choreograph the moves to avoid flooding their linked neighborhoods. The game ends when players reach 2100 and assess how their collective movements protected or endangered their neighborhoods.
The Long Dash: Philadelphia
The City & The River

The three main impacts of climate change on Philadelphia will be:

These three impacts are interconnected. For example, while most of Philadelphia is high enough to not be directly threatened by the first few feet of sea level rise, the rising river will increase risk of flooding from storms even for higher areas of the city. The Long Dash uses sea level rise to express the urgency of climate change mitigation and resiliency but addresses other climate change impacts through the choreographic challenges.

Old City, Northern Liberties, Fishtown, and Olde Richmond, four adjacent neighborhoods, were chosen for The Long Dash because they are, excluding their shorelines, high enough to avoid inundation from sea level rise alone until 2100 on a high emissions scenario. This allows The Long Dash to be played without catastrophic flooding across all but the most extreme sea level rise scenarios.

We had originally imagined having three levels of difficulty following 3 different RCPs (Representative Concentration Pathway)*. Because we had limited time to explain RCPs at the Philadelphia Science Festival we sent all teams down RCP 4.5, a scenario in which we drastically curtail carbon emissions by 2040. As we develop future versions of the game we will bring back multiple RCPs.

*RCPs replaced emission scenarios as the primary way to talk about climate futures with the IPCCs 2014 report. Our RCP 4.5 is based on NOAA’s January 2017 Technical Report.

The global climate is very difficult to predict. Many factors play into predicting how fast sea levels will rise. For our sea level rise timeline we used data from a 2017 NOAA report*2 that considers projections from multiple sources. These projections are more dire than previous due to recent research around rapid ice melt in Greenland and Antarctica however they do not reflect the most recent findings of the IPCC.